I haven't posted in a while. Busy, busy life. Would Rosa Bonheur forgive me? Probably not, and good for her! She was a supremely dedicated, talented, and singularly uncompromising artist, who made her way at a time and in a culture that, largely, didn't want to acknowledge an accomplished woman. She was unconventional in this large way. And in small ways. She smoked. She refused to ride side-saddle. She sought, and received, permission to dress "as a man" (particularly at the horse fair) in order to accomplish her work.

Her devotion to animals, and her passion for depicting them, was lifelong. Her most iconic piece, "The Horse Fair," now hangs at the Metropolitan Museum of Art in New York City (1000 5th Ave.). Go see it. In the meantime, here, for your enjoyment, is my own tribute to this wonderful, but often overlooked, artist. 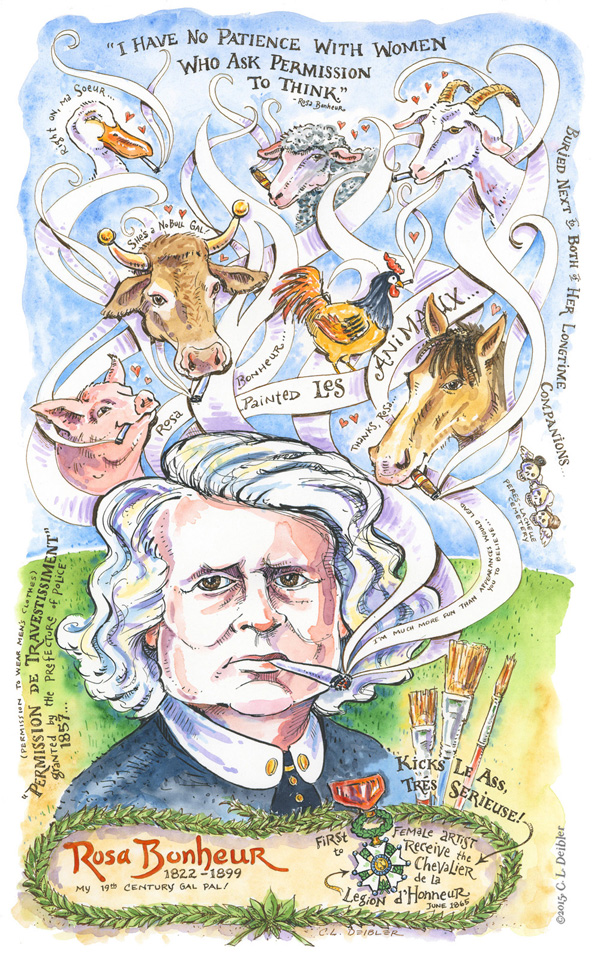 She was also the first woman to be awarded the Grand Cross of the Legion of Honor (by Napoleon's Empress, Eugénie, no less). You can learn more about Rosa Bonheur all over the interwebz, but you could stop here first: National Museum of Women in the Arts
Posted by C. L. Deibler at 9:32 PM