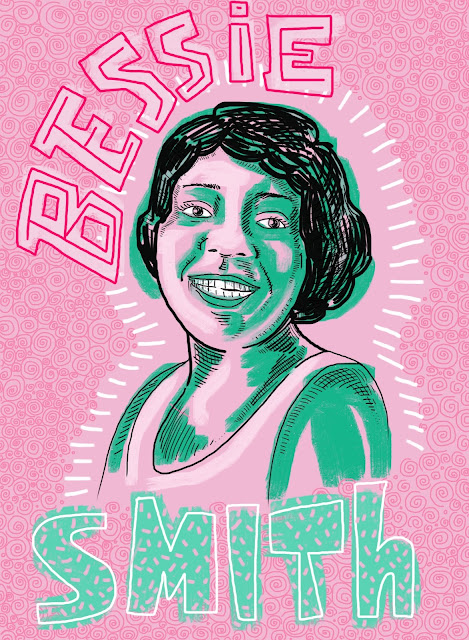 Mavis Staples began singing with the legendary Staple Singers, her family's band, in 1950. Her career has spanned six plus decades, and continues to go strong to this day. Go, Mavis, go! (More iPad art) 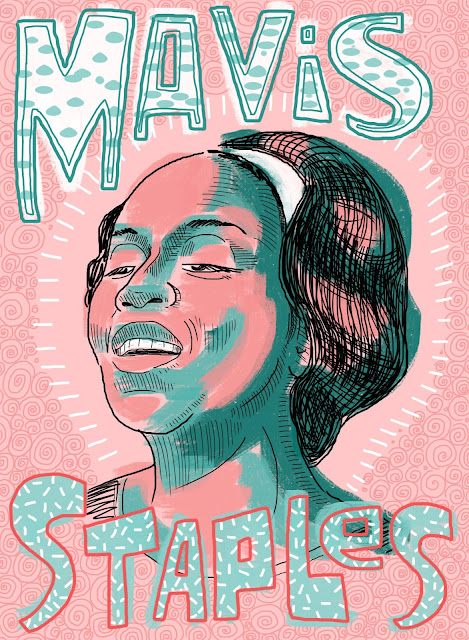 "The Queen of Gospel," Mahalia Jackson was possessed of a powerful contralto and influenced untold numbers of gospel and r&b singers. Martin Luther King Jr. said, "A voice like this one comes not once in a century, but once in a millennium." True. True. (More iPad art) 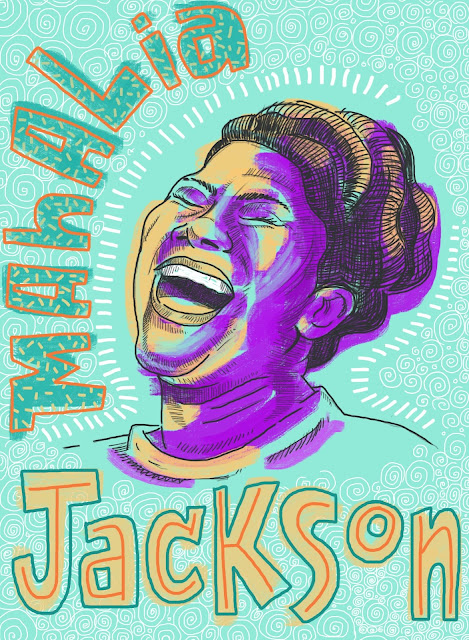 The "Original Soul Sister," Sister Rosetta Tharpe definitely tore it up on both vocals AND guitar. Check out her windmill moves before you think Pete Townshend invented it. More iPad art fun. 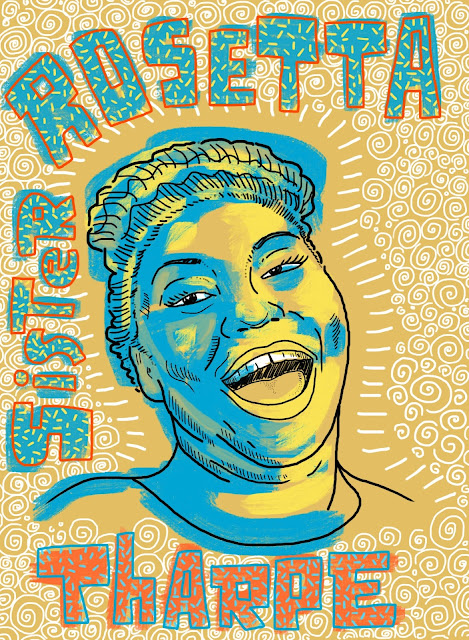 More iPad fun. Known as "Queen of the Blues," Koko Taylor's powerful vocal style is unmistakable. Chicago blues at its finest. She was born Cora Walton, so, we share a name. I couldn't be happier! 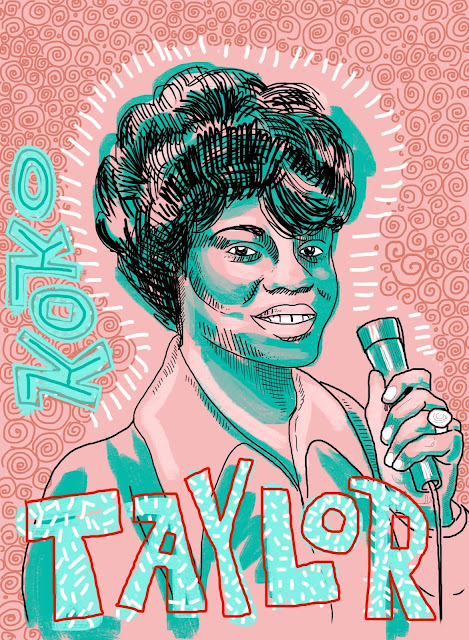